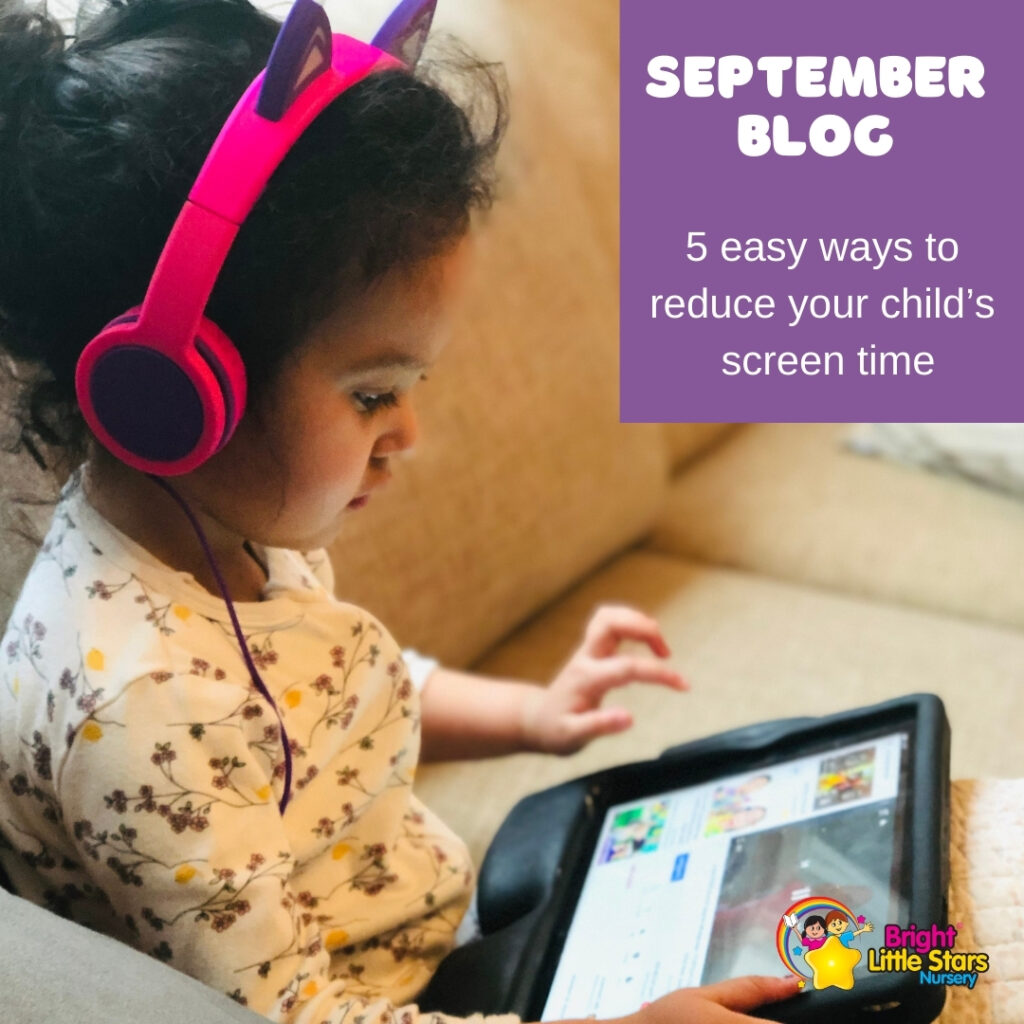 We are raising children in the most technically advanced age – and that makes screen time somewhat unavoidable! Of course, some technology can be incredibly helpful for children’s development; television aimed to build their understanding of the world and online activities are fantastic for learning. But with some calling the youngest people in the world the ‘iPad Generation’, it’s natural to hope to reduce screen time.

Why is Screen Time a Concern?

For some, screen time is a concern because it is a new concern. New technologies are frequently met with concern before we have some long-term studies of their effect. For now, we just have short-term studies. An assessment of screen exposure in children between 1997 and 2014 showed that people’s average screen time has doubled during that time. It seems that increased screen time has a real physical impact. Increased screen exposure is also linked to reduced physical activity, reduced family time and reduced sleep. According to this study, children sleep on average 31 minutes less per day when they have a TV in their room than those who do not. Many people believe it also overwhelms people’s nervous system and reduces attention span.

According to an Ofcom report about media use, 41% of parents with children aged 12-15 yeas, say they find it difficult to manage or control children’s screen time. So, here are 5 easy ways to reduce your child’s screen time.

There is something true in “monkey see, monkey do”, for children build their understanding of the world on what they see around them. If you use your mobile phone, television or tablet in front of them frequently, it’s likely they’ll want to do the same to be just like you. As with lots of things, change starts with you!

2. Have an Open Discussion

For many children, this technology is all they have known, so it’s important to discuss issues such as disturbed sleeping patterns, sensory overload, and decreased attention span in relation to screen time. Let them know that mental health plays a big role too, and if they begin to feel dissatisfied, they can share that with you.

Most modern devices allow for you to set screen time limits and to review the time spent daily and weekly to keep track of your family and their habits. Decide what a healthy amount is together.

You won’t be able to monitor your child’s screen use if they are able to use devices out of your sight. For this reason, you might want to make it a rule that hand held devices, video game systems and computers are not allowed in your child’s bedroom.

Show children how to enjoy screen free time. Lots of families have a nightly family dinner where they talk about their day, family board game nights and pitch in about what the family would like to do in the coming weeks. Having fun activities planned ensures quality time together and reinforces the positives of the offline world.

There are lots of helpful organisations who aid parents with all they need to keep technology safe and useful for their children, so rest assured you can keep children away from screens if you wish!